5 Poker Hands You Can Always Play

Picking poker hands to play isn’t as simple as knowing poker hand ranks - no one ever built a stack by waiting around to get dealt pocket pairs. Today we’re going to talk about five poker hands you can always play, giving you a chance to improve your online poker play. 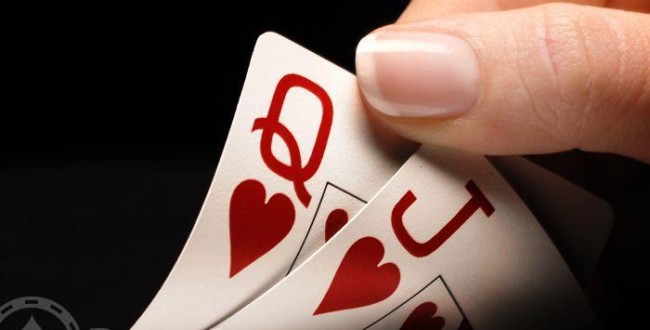 52 cards. Two dealt to each player. 169 different starting hands in Texas Hold’em. If you’ve ever picked up a deck of cards you know that a pair of aces is good and a 2-7 offsuit is bad without having to consult poker hand rankings. But picking hands to play isn’t as simple as knowing poker hand ranks - no one ever built a stack by waiting around to get dealt pocket pairs. Today we’re going to talk about five poker hands you can always play, giving you a chance to improve your online poker play.

One of the milestones in every poker player’s life is when we finally learn that picking hands to play is not always based on the cards. Not all poker starting hands are created equal. But even the same exact hand, dealt to two different players, in two different positions, with two different stacks, are not the same. The two cards in your hand are only as good as your position at the table, the action around you and the playing style of your opponents makes them. Well, that and your own ability to play. For each of the five poker hands we’re discussing today, your success playing them will be based on your understanding of what makes a hand playable and when you should be using your stack to extract the most chips you can from your opponents.

Before we dive into the hands there are a couple of poker terms you need to know to follow along. The dealer is the player with the button; in a home game you may pass the cards around the table, but in a casino the button lets everyone know the position of the “dealer”. The same is true playing online poker. Directly after the dealer are the Small Blind, Big Blind and then the least favorable draw - Under The Gun.

Why is UTG the least favorable place to play? You’re the first to act before the flop and that’s a lot of pressure, just like you’re under th- you know what? I think you get it. To win online poker you don’t just need to know how to play poker, but how to play poker with marginal hands, great hands and everything in between. Ok, we’re ready to discuss five Texas Hold’em Hands you can always play.

I know I wrote up top that there are 169 different starting hands, but there are actually 1,326 possible starting hands once you factor in each suit for each card. We do not evaluate for 1,326 before the flop because A♥ J♥ and A♠ J♠ are identical in value; each is a hand consisting of an ace and a jack of the same suit. But after the flop, the odds of winning with each of those hands may vary greatly depending on the outcome of the flop.

Suited connectors refers to pocket cards that are suited and consecutive, for example Q♥ J♥, or J♥ 10♥. These hands can be strong hands to play because of the potential to form straights and flushes when combined with the community cards - the flop, turn and river cards.

Poker can be tricky - when you look at down at your hold cards and see 5♥-5♦ you’re going to get excited. A pair is better than a high card! You’ve already ‘made’ a hand before the flop. But if you look at the chart below, you’ll see that a pair of fives is only rated as a 6 out of 8 while an 8-9 offsuit is rated a 5/8! But that doesn’t mean you should never play small pocket pairs early - you need to know the table, the players and have a good feeling for what is going to happen if you limp (just call the big blind) or raise from an early position at the table

But that doesn’t mean you should never play small pocket pairs early - you need to know the table, the players and have a good feeling for what is going to happen if you limp (limp = calling the big blind) or raise from an early position at the table. Best case scenario, you’re going to be in a coin-flip situation if you get called - the likelihood is that you opponent has two over cards (two cards that are higher than your 5s) and if they make any pair they’re now significantly ahead of you.

Playing a low pocket pair is much easier when you’re sitting in one of the blinds.

There are only two positions from which we can always call an open-raise with our low pocket pairs: the big blind and the button. We can defend our big blind with all of these hands for a couple of reasons:

Calling from the button with these hands is profitable because of our positional advantage and the reduced chance of a player squeezing behind.

So get your chips in good, and hope you hit a set (or better) to maximize your chip stack.

One of the hardest things to manage in poker is understanding the number of outs you have to improve your hand. Holding a 10-9 and a 10-8 are only one card apart, but when you’re discussing the opportunity to make a better hand, specifically a straight, there is a big difference here. Playing these hands can provide a bit of unexpected value because often times tight players at your table will not consider that others are playing ‘gapper’ hands.

Gappers almost connect in the way that connectors do, but have a gap between the cards. Hands like 79s and TQs are referred to as ‘one-gappers’, given that the cards have a gap of one rank between them, and can make for good, disguised hands when they hit. The bigger the gap (e.g. 96s would be called a ‘two-gapper’), the more the hand is disguised, but remember that you’re not going to connect with the flop in a meaningful way too often.

Nevertheless, when gappers do hit the flop they can make some unexpected and unpredictable hands, so it’s worth considering playing them if conditions are right. As with connectors, you are looking for a situation where the cards aren’t too low, the price isn’t too high, and ideally you have position. And just like connectors, having them suited is a big plus.

Playing suited gappers is such a big plus that if you look at the chart above you’ll see that suited, premium gappers like K-10, Q-10 and J-9 are all playable in early position. The fine folks at CardsChat make it easy to see:

NOW, compare that to Off-Suited hands:

(if you’re wondering why the two charts have different numbers of possible hands, it’s because the top chart includes pairs).

Look, it’s easy to say ‘just play the best hands’ but for a number of reasons that isn’t possible. But you’re always going to try and play as many of the super premium hands as possible. And this can occasionally get you into trouble. So it’s not just enough to say ‘hey, these are two cards you can always play’, you need to know *how* to play them and when to let them go.

We’re turning it over to icon poker coach Jonathan Little to discuss When Your Premium Hand Becomes Marginal on the Turn!

Favorite numbers? Rabbits feet? Special card protector? Superstitions and card players go hand in glove (just remember which glove is the lucky one, the last time you wore the other one was all kinds of yikes!)

Playing a favorite hand can offer you a chance to f around a bit; if it’s not a particularly strong opening hand or you’re playing it out of position and wild? Well, you might find out. But many of the games biggest names swear allegiance to certain marginal hands and that has shined them on a bit. The most famous remains Doyle “Texas Dolly” Brunson and the 10-2, a hand which he held to win not one but TWO WSOP Main Events!

Just like Dolly, you might have a hand that when you look down and just see dollar signs. Keep in mind your chip stack relative to the table, the stakes of the game and what position you’re in. It’s much easier to sit in the big blind and check to the river with a 9-3 off (hey, it's the year you were born! It’s gotta be lucky!) then it is to consider raising Under the Gun.

If you’re keeping score at home Brunson’s two WSOP main event titles were won with T♠-2♠in 1976 and T♠-2♥ in 1977. You can try and play Doyle’s Hand, but remember most of the time you’ll be playing a bluff.